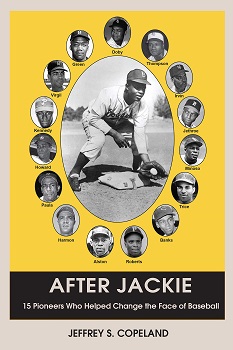 Most people know the story of Jackie Robinson and his courage and struggles when breaking the color barrier in Major League Baseball. However, Jackie was the pioneer for only one of the sixteen teams in Major League Baseball at the time, there being eight each in the National and American Leagues. What about the “other fifteen”? Very few accounts have been written about the groundbreakers for the other fifteen teams, and much of what has been written about them has typically been statistical and chronological descriptions of their careers. While they faced many of the same hurdles and roadblocks placed in front of Jackie, each also had individual twists and turns in his journey as together they joined in the struggle to enact great change. Mr. Robinson took the field for the Brooklyn Dodgers in April of 1947, but it wasn’t until twelve years later that the last team added a person of color (Pumpsie Green, in 1959, for the Boston Red Sox). Twelve years. In this book, the contributions of each of the fifteen and their journeys to the Major Leagues are chronicled.

Each chapter of the book begins with a section describing the individual’s early life and path to the Major Leagues. This is followed by an account of a scene (or scenes) representative of a milestone moment in his career to help the reader understand the complexity of his journey. Every effort has been made to keep the scenes as close to the actual events and historical record as possible – through interviews, archival audio and film footage, and baseball records of the era. Finally, a summary of the player’s life after baseball is provided. All three sections blend together to present the challenges and the groundbreaking work of the “other fifteen” men who stepped forward to help change not just a sport, but also a nation.

Reviews
“In both baseball history, and American history, Jackie Robinson holds an enduring place of honor and respect. While nothing will ever diminish his standing, those who followed him in integrating their respective teams, faced their own versions of the obstacles and racism Robinson encountered. And, like Jackie, they were distinct individuals with personal lives and stories beyond their on-field performances and symbolic significance. With that in mind, After Jackie contains vivid and moving stories. It is also a contribution to the historical record.”—Bob Costas, Ford C. Frick Award recipient and member of the Sports Broadcasting Hall of Fame

“Every baseball fan knows Jackie Robinson and all he accomplished. Lesser known are the other players who broke their team’s color barriers. Jeff Copeland takes a look at these men and their place in baseball history, as well as their unique stories. A fun and interesting read for any baseball fan.”—Cassidy Lent, National Baseball Hall of Fame and Museum

“Jeff Copeland’s book is an important addition to the history of baseball. While every fan knows the story of Jackie Robinson, Jeff goes into incredible detail telling the stories of the men who followed Jackie in helping break baseball’s color barrier. What these men endured and what it meant to the future of baseball can never be forgotten.” —Rob Rains, editor of STLSportsPage.com and author of Baseball Samurais: Ichiro Suzuki And The Asian Invasion; Intentional Walk; James Naismith: The Man Who Invented Baseball; and Ozzie Smith: The Road to Cooperstown.

“Jackie Robinson was first in the Majors, but fifteen other players were the first to play as persons of color with baseball’s other big league teams in the mid-century era. In After Jackie, Jeffrey S. Copeland recounts their achievements, not only on the field, but in their lives. And not just regarding sports, but about the full context of race and society during the America of those years. Here are all the good stories, some legendary and others never heard before—and more than a few surprises. A superb book—for everyone who loves sports, history, and stories of courage and determination. Play ball!”—Jerome Klinkowitz, author of Short Season, Basepaths, and Owning a Piece of the Minors. 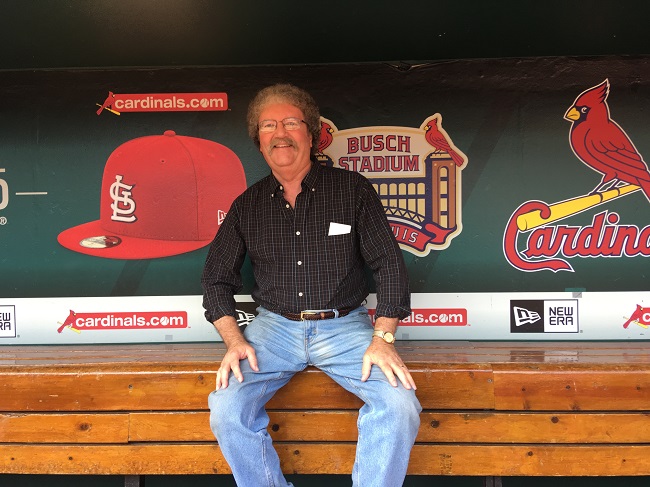